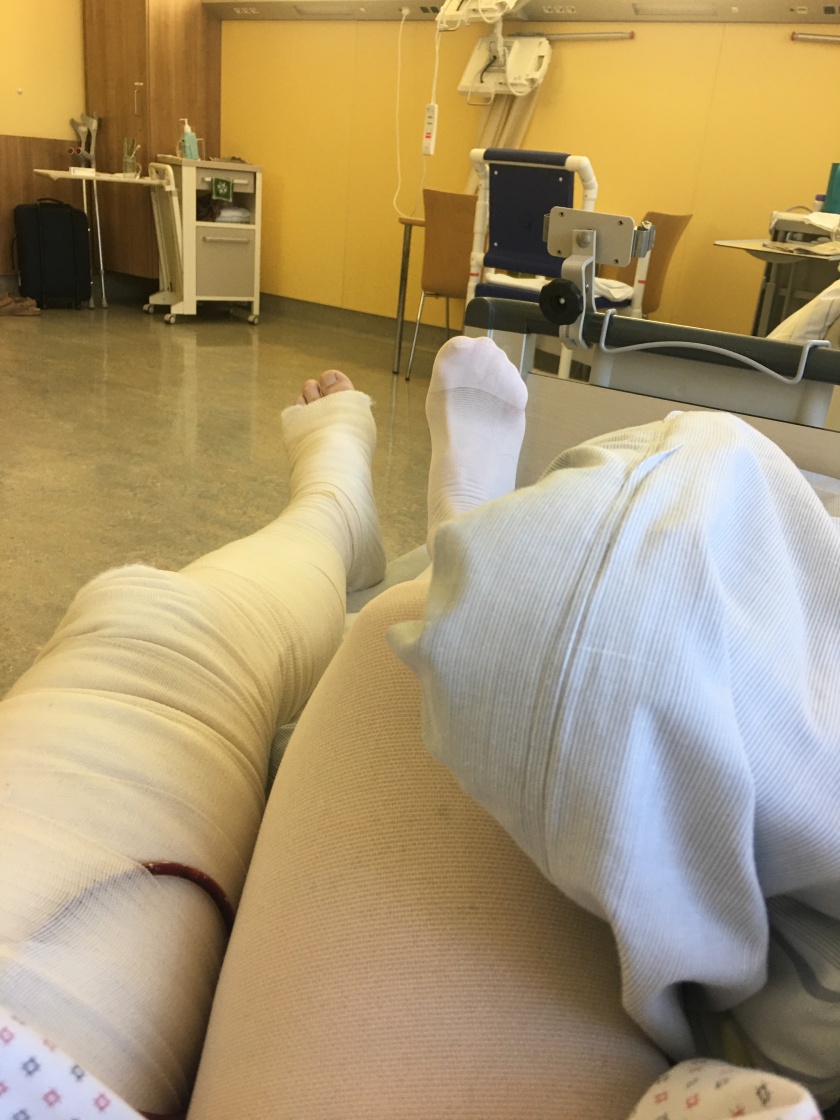 Don’t get me wrong – I’m totally grateful for them but don’t particularly like being in them. I had hip replacement surgery last week. A week ago exactly. I took the photo an hour or so after the surgery. So, on the road to recovery and bionic superpowers. Hopefully. I expect nothing less.

Between now and running a 10K? Months. Hell, I can’t even do my multiple times daily stretches that I’ve been doing all my life. Like seriously for the past 50 odd years. Try making do without that. Hard core. Seriously.  Muscle memory and all that? Yeah, my muscles do remember and are asking what the hell is going on? why aren’t you stretching? why aren’t you doing sit ups and pushups? Arabesques? Attitudes? (I know, it sounds like I’m totally badass and not lazy. I am lazy but there was a minimum of movements I’ve done for centuries. Okay. Decades.)

I’m not allowed to ride my bike (even though I do a bit)  I’m not allowed to walk without those stupid crutches (mostly I don’t use them because they’re useless and topple over when I want to take something off the shelf at the supermarket) I’m not allowed to go swimming for another three weeks. Outrage. Annoying. Bored. The few exercises I’m allowed to do according to the physiotherapist and post op brochure are lame. Takes me five minutes and doesn’t tire me out at all.

Okay. Enough of the lamenting and complaining. I just hope my bionic superpowers kick in soon. I am a very impatient patient. Luckily, my best friend Dr. Mousen is keeping me on the rails. Hobble on.